Click HERE  to see the full results from these two shows.

REVLOCH FIDDLER'S GREEN is now a Norwegian and Danish Champion after winning CAC and BOB at the Danish Speciality.  Congratulations to his owners Kennel Cichlas in Norway and Kennel A-te-ells in Sweden

GER CH Revloch Cause for Applause 'Cira' is now DANISH CHAMPION!...congratulations to her owners Stefan Prüter and Nicola Pfaff in Germany

At only 7 months old 'Zena' REVLOCH ISABELLA competed for the first time in Puppy class at Cloghran Ch Show.  She won Puppy Bitch, Green Star Bitch, Best of Breed and later went on to place 4th in the Group final.  Congratulations to her co-owners Eddie Brophy and Michele Browne on a great start to her career.

We had great successes at both  IKC International Shows held on 3rd and 4th October.  Click HERE for full results

10 month old 'Harry' REVLOCH HARRY POTTER wins GS and Best of Breed and was shortlisted in the Group....Full results here

Congratulations to Jane Denton who had a great day with 'Kyler' CH Revloch Classic Edition, winning his first CC and BOB in the UK.   Taking the Res CC was Avishag Morgenstern's MULTI CH Revloch Could It Be Magic and Best Puppy was Revloch Harry Potter.   Full Results Here

We're very proud of our mother and daughter team who competed at the biggest show for Belgian Shepherds, the National Elevage CFCBB, in France.  MULTI CH, BISS Revloch Bewitched competed in a strong Champion Female Class and was placed Ex 3rd while her daughter Revloch Drama Queen was graded Ex in the Open Female Class (45 entries).  Both also passed the CSAU (Character) and TAN (Gunshot) Tests and Bewitched was only one of 8 Groenendael females selected SR (Recommended for Breeding).

MUNSTER CIRCUIT 17th - 23rd August
There were some great results on the Munster Circuit for Revloch Dogs.......Click here for full results

We are proud to hear the news that 'Eddie' FI, SW CH Revloch Curiosity In Cahoots is now Vice-World Winner 2014, having won the Res CACIB from a record entry of Silkies in Finland under Australian Judge Marie Merchant.  Congratulations to his owners Miia Pauliina who handles him, Tina Heinonen and Pia Saares.

WHAT A WEEK FOR HARRY!

A very busy time at the shows for us so far with great results......HERE

Great results at the shows this month and we are delighted to have two new Irish Champions.  In Groenendael 'Figo' GB CH REVLOCH FIGO gained his Irish Champion and in Australian Silky Terriers 'Kourtney' REVLOCH KISS ME QUICK gained hers, congratulations to her owners Damian and Oisin McDonald.

'Travis' Revloch Dance In The Dark won GS and Best of Breed...congratulations to his owner Mary Murphy.

Good results at this show where 'Fagan' CH Revloch Commander in Chief won Green Star, CACIB and Best of Breed.  Congratulations to his owners Michael and Colette Cahalane.

A WEEKEND OF BACK TO BACK SHOWS WITH GOOD RESULTS..

We had great results with our dogs at the IKC Celtic Winner Show and were also proud to pick up our prize for TOP BREEDERS ALL BREEDS in Ireland in 2013 in the Our Dogs Ireland/GAIN Top Breeder Competition with our BSD Groenendael.

WE HAD FANTASTIC RESULTS AT CRUFTS!

'Charlie' wins Open Dog and the CC and Res BOB and becomes GB CHAMPION.  Congratulations to his co-owners Tracey and Dave Holmes and thank you to breed specialist Judge Ms Mary Grove

For the second year running 'Eve' wins Open Female, CC and Best of Breed.  Our thanks to breed specialist Judge Mr Mike Vincent for thinking so highly of her

'Queenie' REVLOCH DRAMA QUEEN made the trip from her home in Portugal to Spain and won the CAC at the  XXXIV National Dog Show of Valladolid - Spain - Revloch.   Congratulations to her owner Antonia Sargaco.

We are delighted to receive the great news that 'Eddy' REVLOCH CURIOSITY IN CAHOOTS is now Finnish and Swedish Champion.  Congratulations to his owners Miia Pauliina, Kristina Heinonen and Pia Saares

At Dublin Dog Show Society on 27th December, 2013, 'Kyler' Revloch Classic Edition became Irish Champion when he won his 7th Green Star with BOB.  He also was 3rd in the Group.  Congratulations to his owner Jane Denton

Congratulations to her owner Samantha Hatcher.

'Duchesse' MULTI CH, WW-13 Revloch Could It Be Magic at her first show in the UK wins 1st Open Bitch, CC and Best of Breed

A GREAT WEEKEND AT THE IRISH KENNEL CLUB INTERNATIONAL WEEKEND 5-6.10.13

Our world was turned upside down on our return from the French Speciality when Zidane became ill quite suddenly and unexpectedly and tests revealed he had lymphoma cancer which was aggressive. Despite immediate treatment he failed to respond and the decision was made a few days later on 11th September to spare him from any further suffering.  His passing has left us devastated and in shock.  He had only turned 4 years and was just entering his prime years. We were looking forward to enjoying many more years with him in the ring as he was the ultimate showman and loved the limelight. But aside from the wins and glory, he was just quite simply a much loved companion, a joy to live with, a 'dog in a million'.

We have been overwhelmed by the hundreds of messages, posts and calls of sympathy and support on the news of his passing from his admirers and supporters around the world, we are so proud that he touched so many people and that his legacy lives on in his offspring.   He will never be replaced or forgotten.

Revloch Dance in the Dark

Owned by Mary Murphy and handled by Mick Lawless

Congratulations to owner Avishag Mortgenstern and handler Ante Luciin on the fantastic success with 'Duchesse' MULTI CH Revloch Could It Be Magic who won CAC, CACIB, BOB and World Winner in Budapest and was also shortlisted in Group 1

Revloch Could It Be Magic owned by Avishag Mortgensen and handled by Ante Lucin wins CAC, CACIB, BOB, Group 1 and BEST IN SHOW at the International Winner Show in Tel Aviv

CC Bitch and Best of Breed 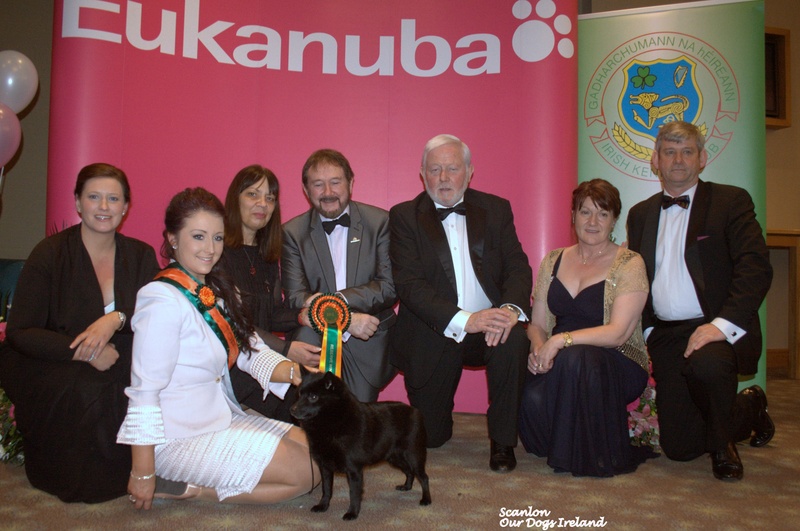 A good start to the year for 'Paolo' REVLOCH DI CANIO (aged 7.5 months) who won Best of Breed and Best in Group at the Joint Cocker Club All Breed Open Show.