Irish Junior Handler of the Year 2007 "The overall winner went to Kelly Lawless with an Australian Silky Terrier as her handling was outstanding, her second charge was a Siberian Husky a usually fussy breed to handle, but she took it in her stride.   Kelly is an extremely competent handler who fully understands the needs of her dog and how to generate the best performance from it.  She was calm and pleasant while presenting on the table and was fully aware of the dog's stance at all times".  Melanie Harwood, Judge

Irish Junior Handler of the Year 2006 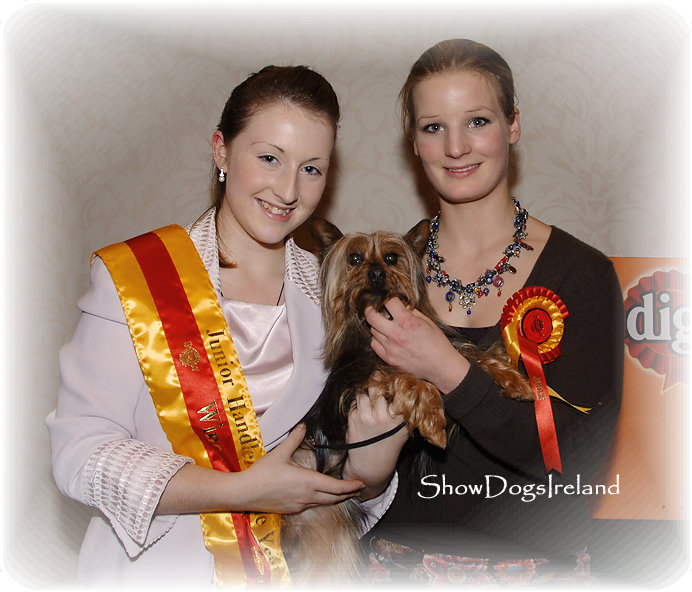 Kelly, now aged 18, began competing in Junior Handling in October 2004 in the 13-14 years age group mostly handling her Australian Silky Terriers.  At her first show, Bull Breeds in October, 2004 she won her class and was the first Junior Handler to qualify for the Irish Junior Handler Finals 2005 finishing Runner Up.  The following year, she competed in the 15 - 17 years age group, this time winning the title of Top Junior Handler 2006 and representing Ireland in the International Junior Handling Final at Crufts in March, 2007 and at the European Winner Show in Zagreb in June 2007.

Kelly is available to handle at Championship Shows. I f you would like more information please e-mail [email protected]

"This young girl really stood out in the ring.  She paid constant attention to her dog.   An excellent handler, excellent eye contact, presentation, demonstration of skills and knowledge.  Did a fantastic job when asked to handle an English Springer Spaniel"  Eilish Nealy, Cloghran Ch. Show Nov'04

At Munster Canine Kelly handled her new Australian Silky Terrier 'Romwal Maid in Wales' to top the Puppy Stakes under Mr. John O'Gorman of the Parkpoint Pointers. Kelly and 'Kizzy' are now qualified for the Pup of the Year finals in April 2009.

She then handled the Bullmastiff 'Belwood Surprise at Revloch' to win Junior Bitch, Green Star Bitch and Best of Breed. This was Lola's fifth junior class win making her Junior Champion. Kelly represented Ireland at Crufts for a second year in a row. This year she handled a beautiful Miniature Schnauzer 'Rooney'. She then handled the English Springer Spaniel 'Paige' in the swap. Many thanks to everyone who sent their support. This was Kelly's last time competing in Junior Handling, as she has now exceeded the age limit. Kelly handled the Newfoundland 'IR CH Fairweather's Darkling Sky with Brooklynbear' at the Top Irish Show Dog Final. Many Thanks to Willie Dobbin for allowing me the oppurtunity to handle 'Denby'. and 'Voodoo' is Best of Breed 4th in the Group at Bull Breeds Ch. Show Kelly and Kiwi are shortlisted in the Group at Portadown Ch. Show

Kelly and Hugo areßrd in the Puppy Stakes at Clonmel Ch. Show

Kelly and Hugo are 4th in the Puppy Stakes at Dundalk Ch. Show and they win 1st Champion Class, Res CAC, Res CACIB in the breed 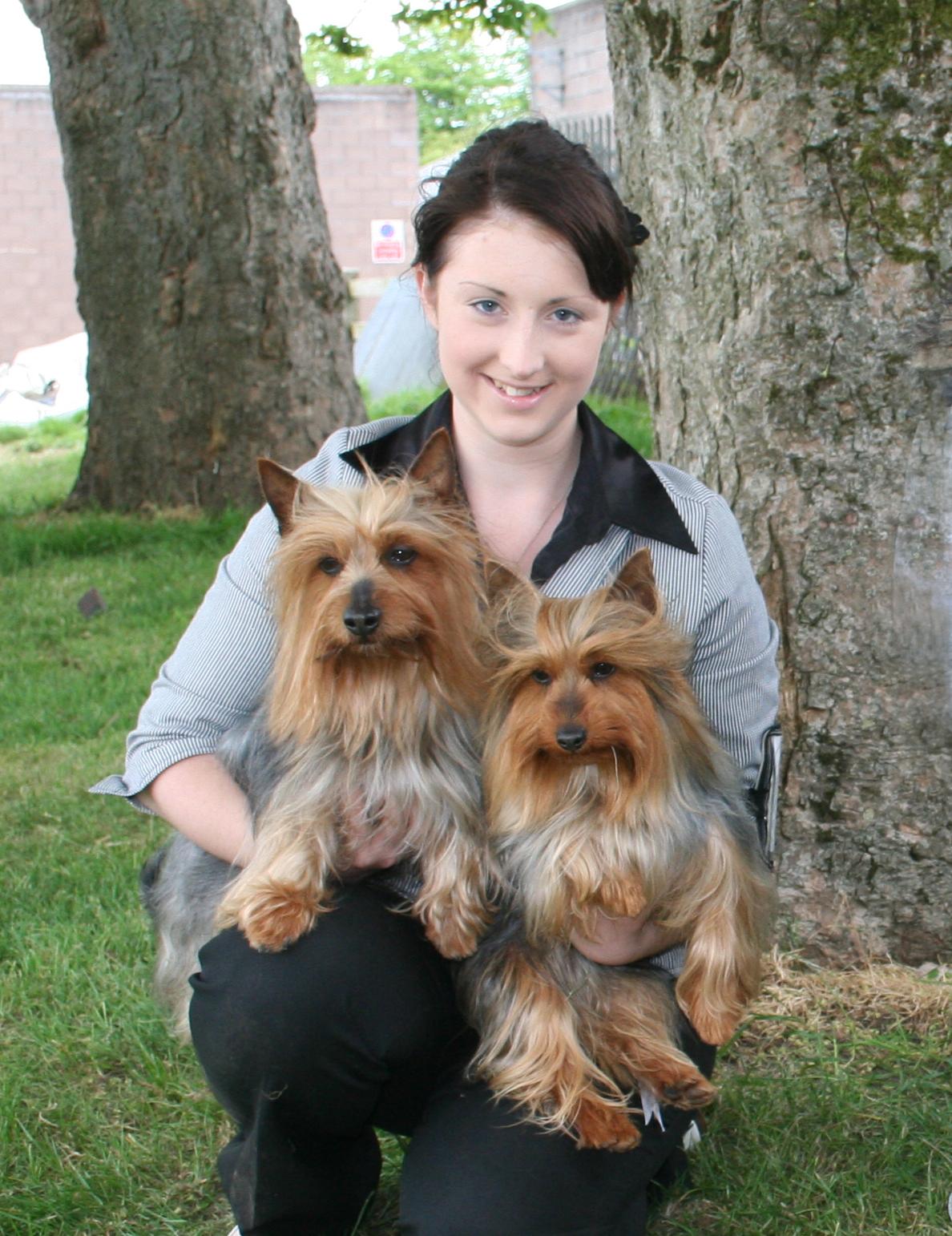 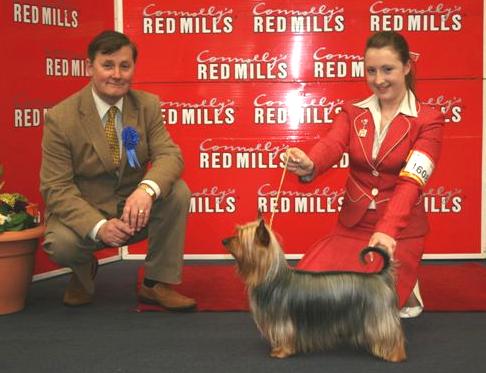 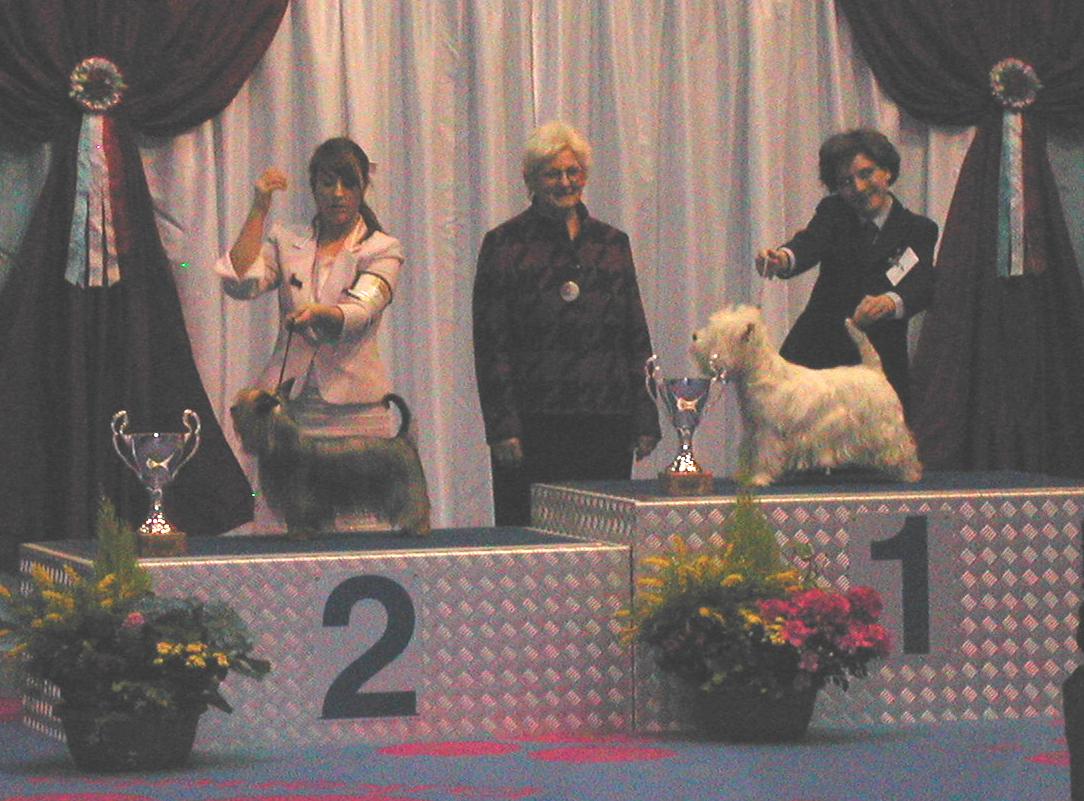 JUNIOR HANDLER OF THE YEAR 2006 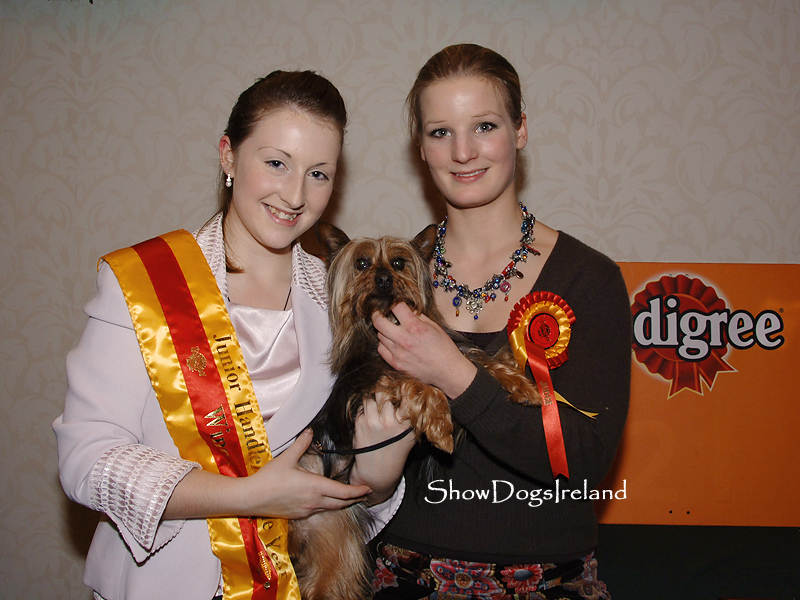 Kelly wins the Irish Junior Handler Final 2006 under Judge Miss Gwen Huikeshoven from the Netherlandsand and will now represent Ireland at the International final at Crufts in March, 2007. 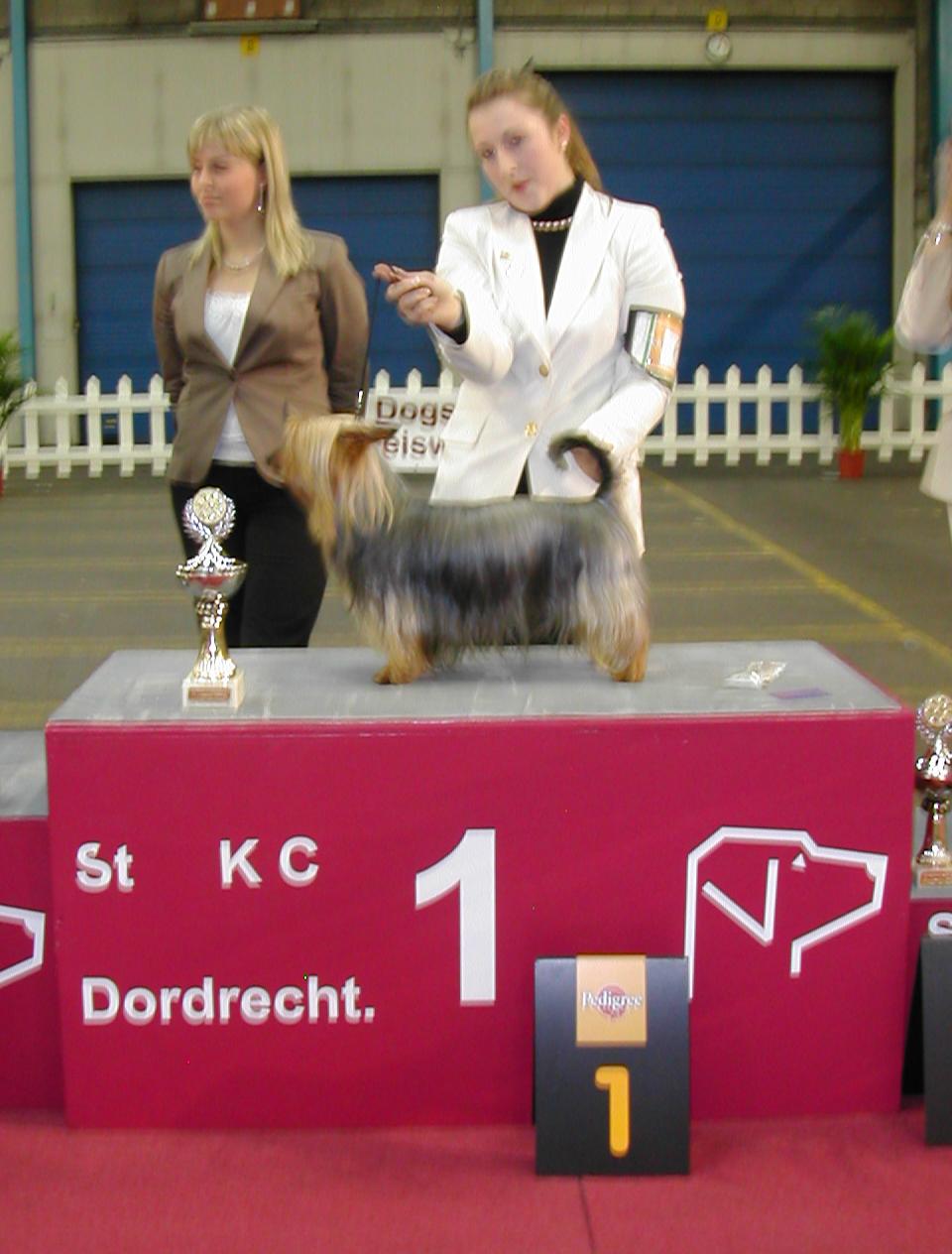 Kelly travelled to the International Show in Bleiswijk, Holland and won the Junior Handling Class with Franco from an entry of 29! 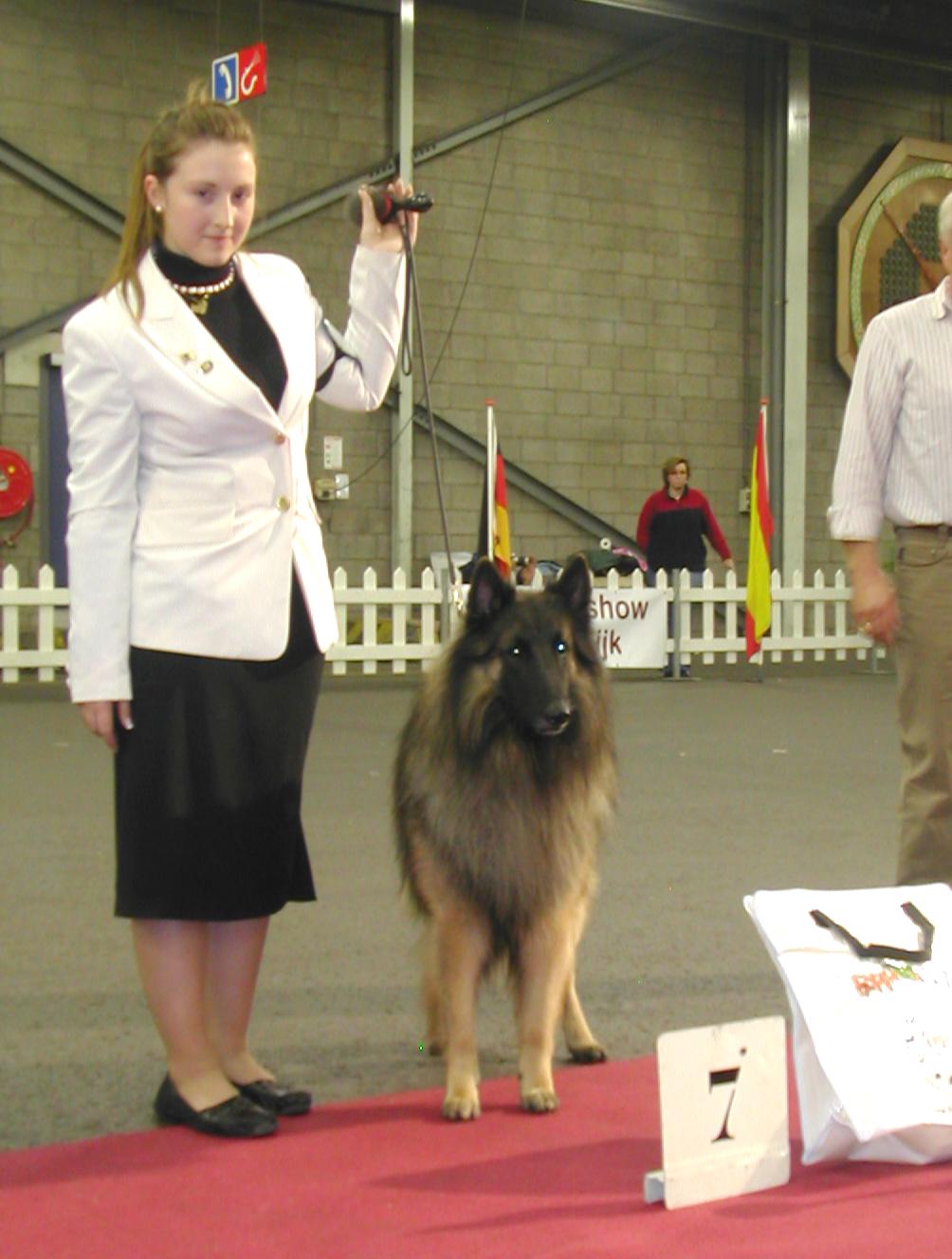